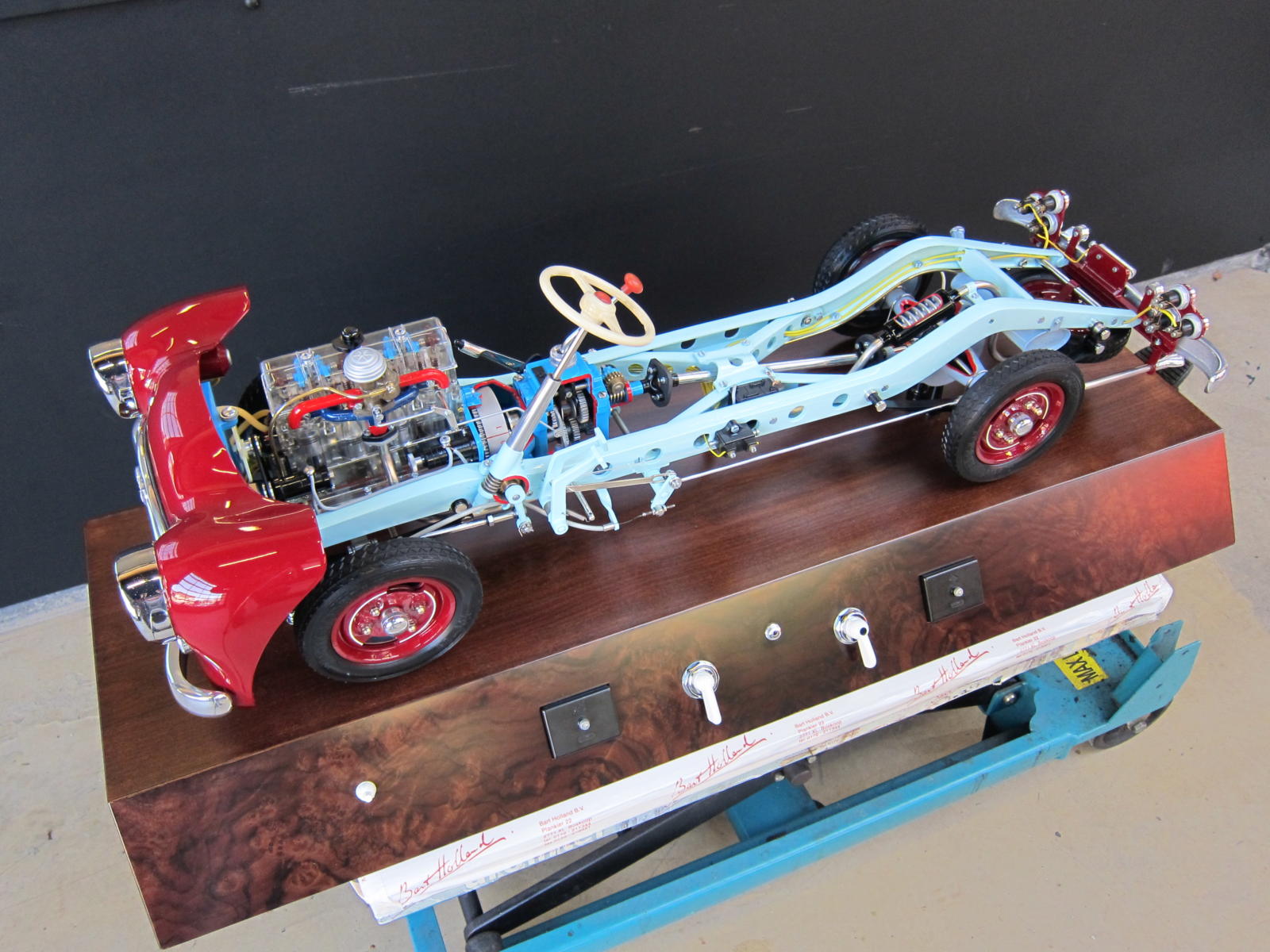 In the Fifties there was a growing need for detailed automotive study material.
Alongside the many study and technical books that were published there was a need to improve the learning of how a car works in practice by means of visual aids.
At first textbooks consisted of ingenious foldout drawings.

Later beautiful scale-models with cutaways were made. 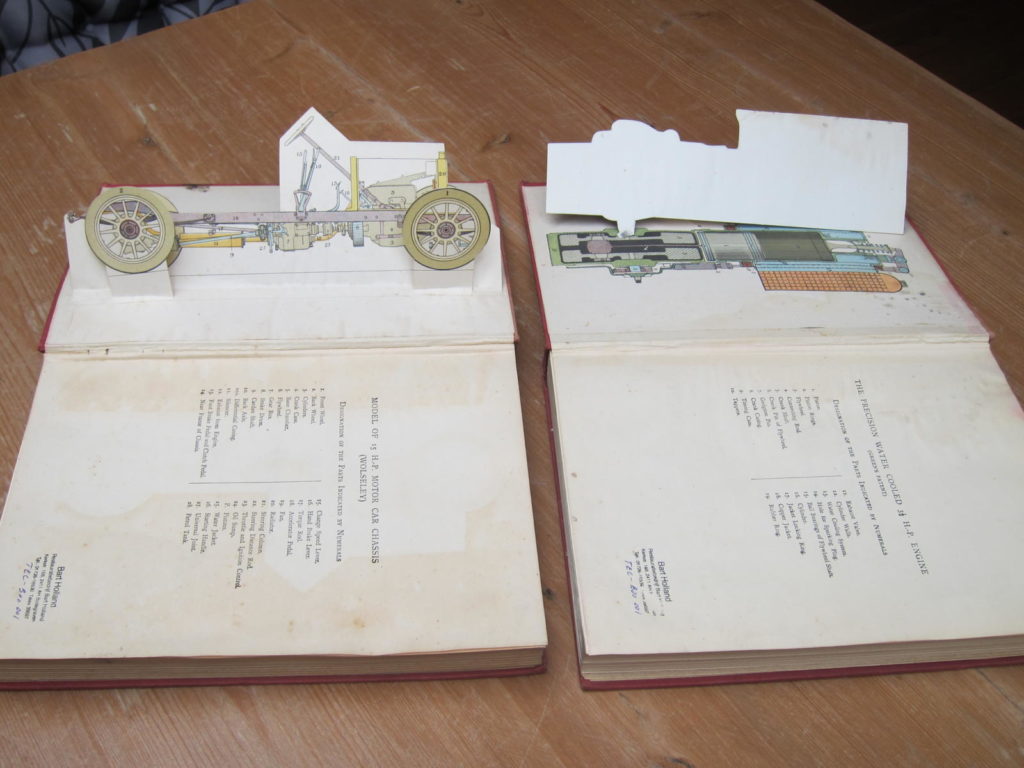 Textbook scale-model (in the library of Bart Holland) 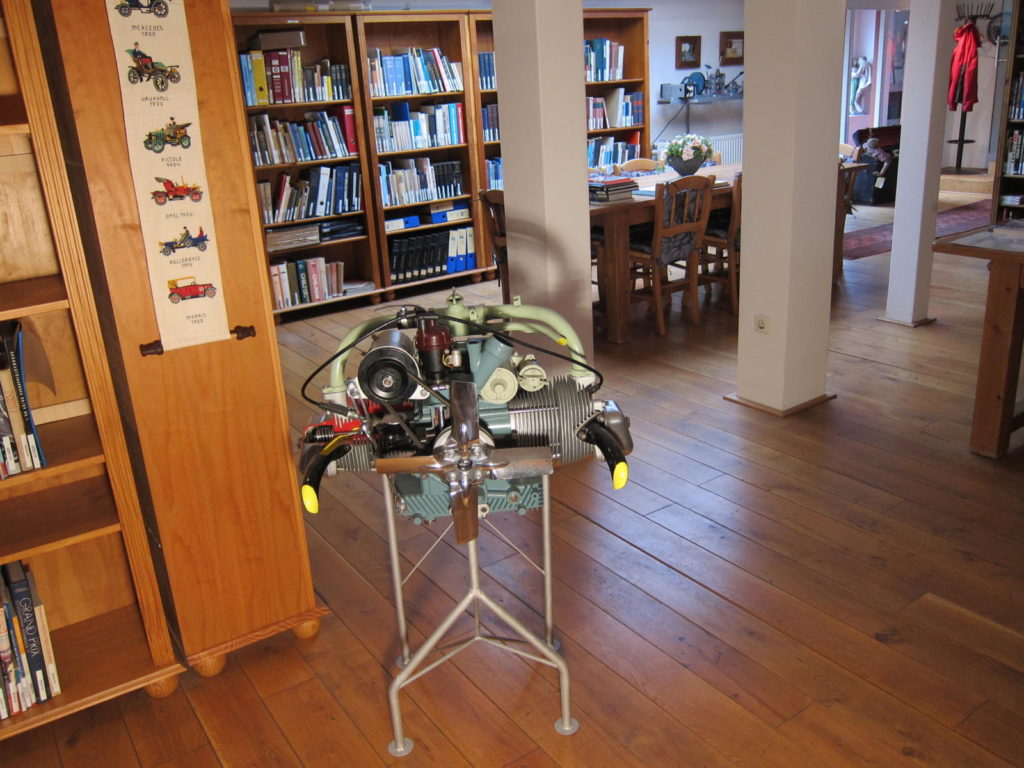 Daffodil motor, cutaway model (in the library of Bart Holland)

On the authority of one of its clients, Bart Holland has fully restored one of those scale-models of the Fifties. It includes a moving motor, and has ignition, lights, brakes, suspension, chassis and part of the bodywork. 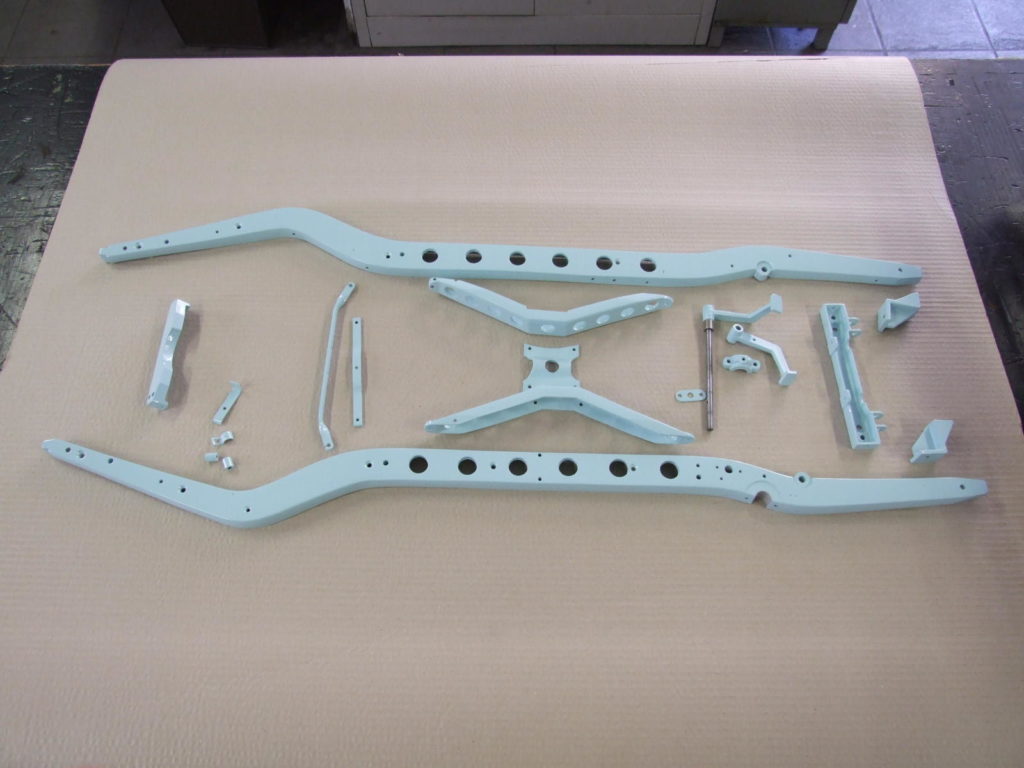 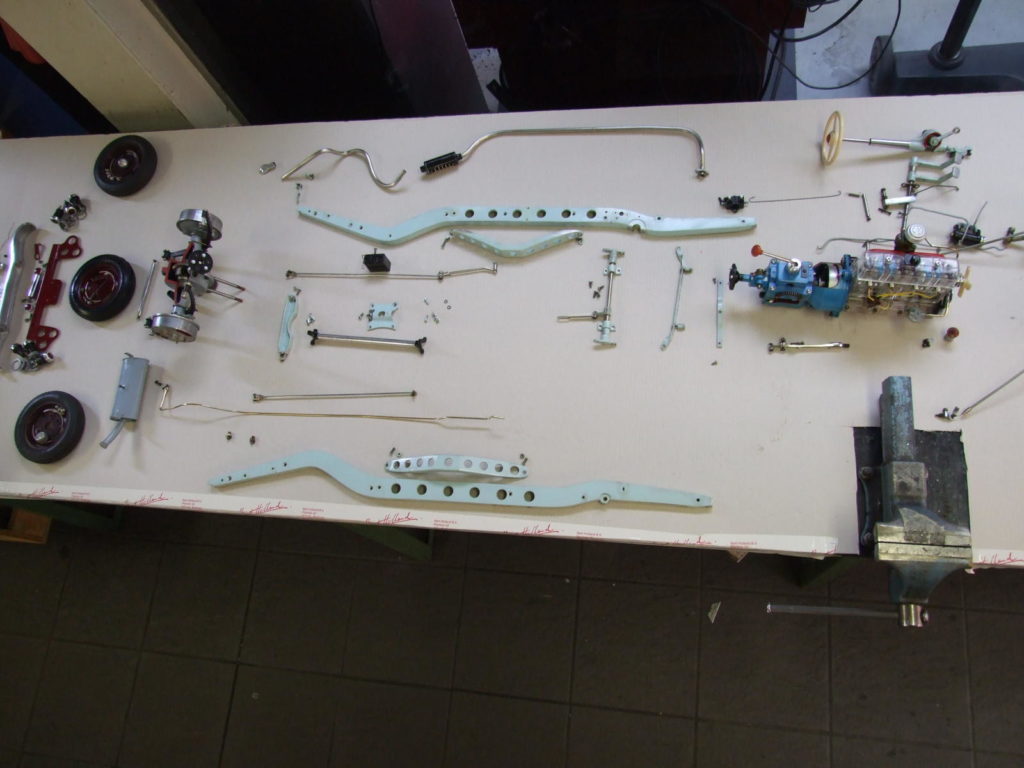 Because this model was to be displayed in the entrance hall of a beautiful villa, the maker embellished the wooden plinth on which it sits with walnut veneer. 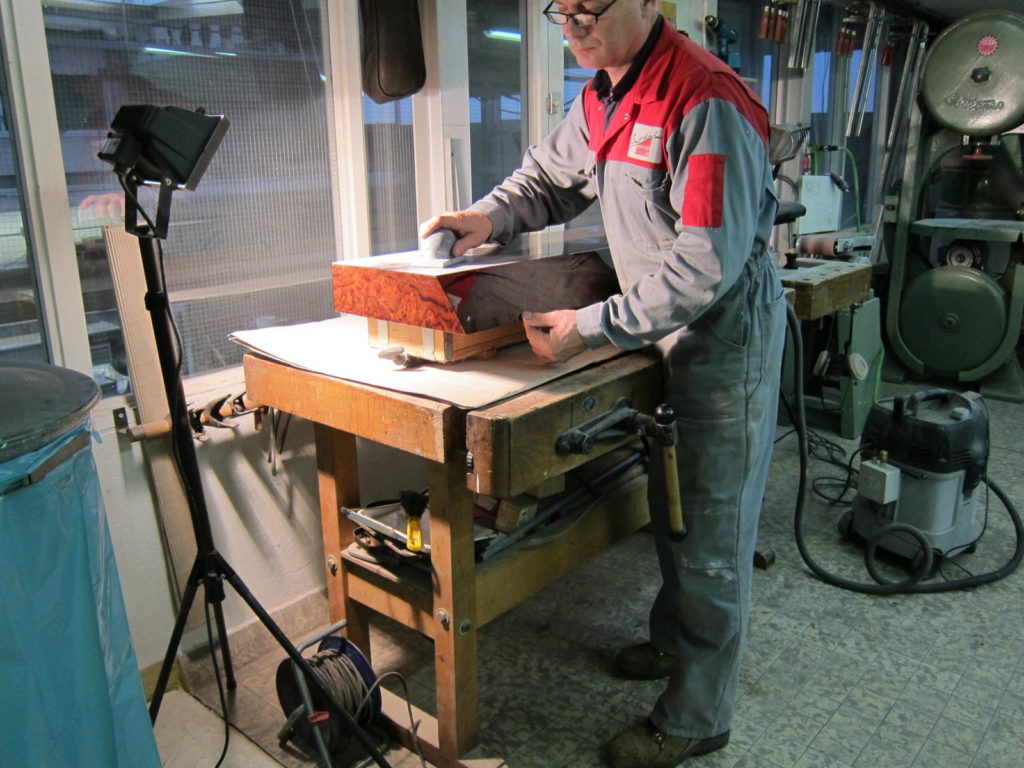 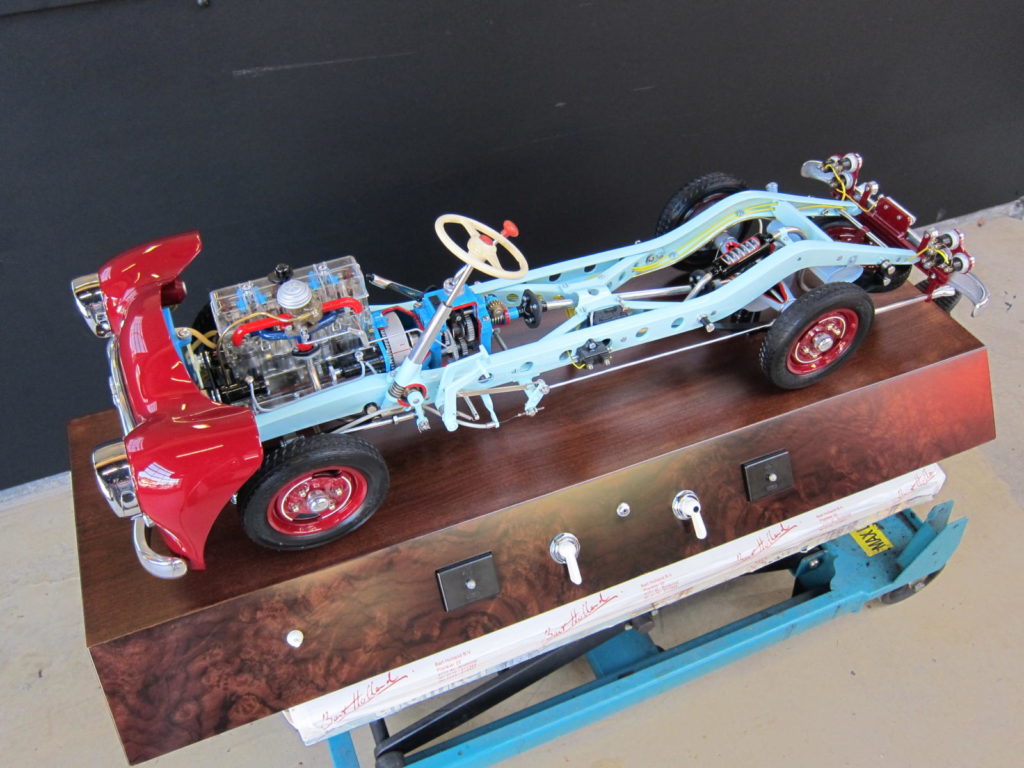 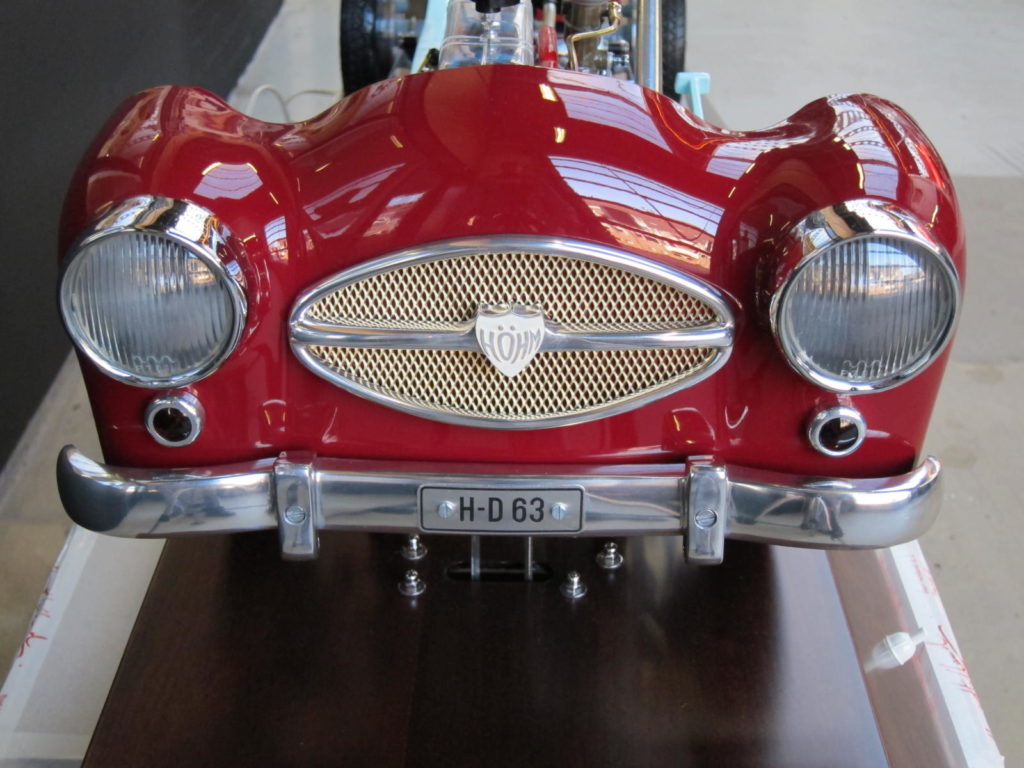 The former Eastern Bloc has also produced these scale-models. The construction of such models was often less refined but just as functional. 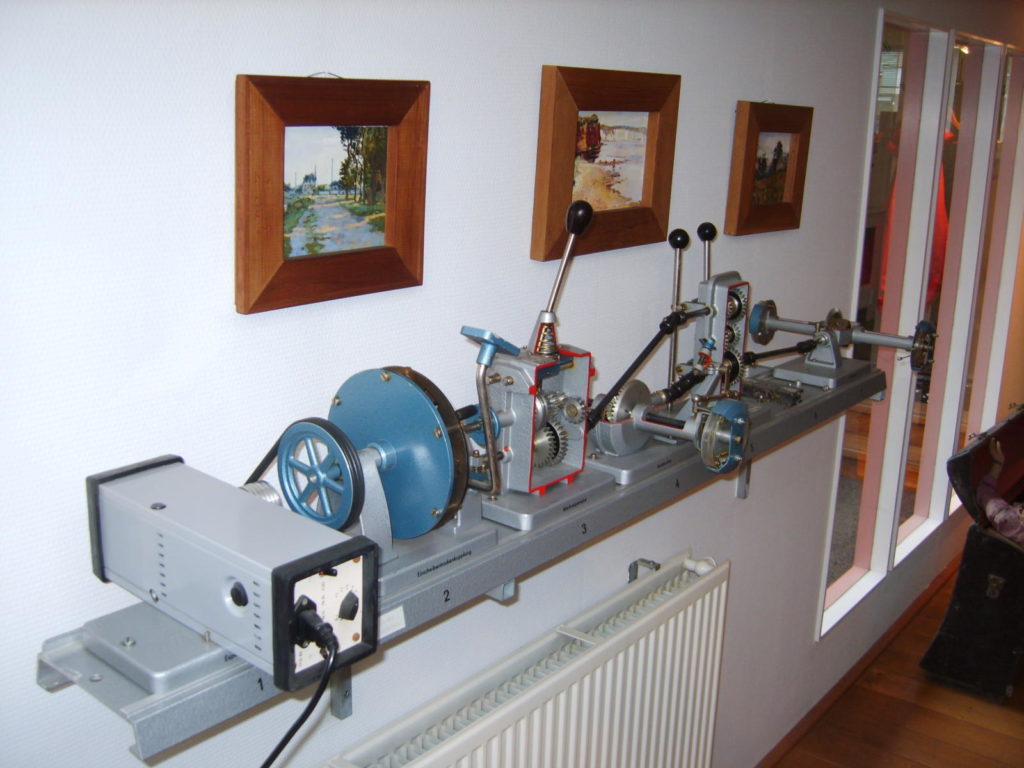 Scale model Hohm (in the library of Bart Holland)