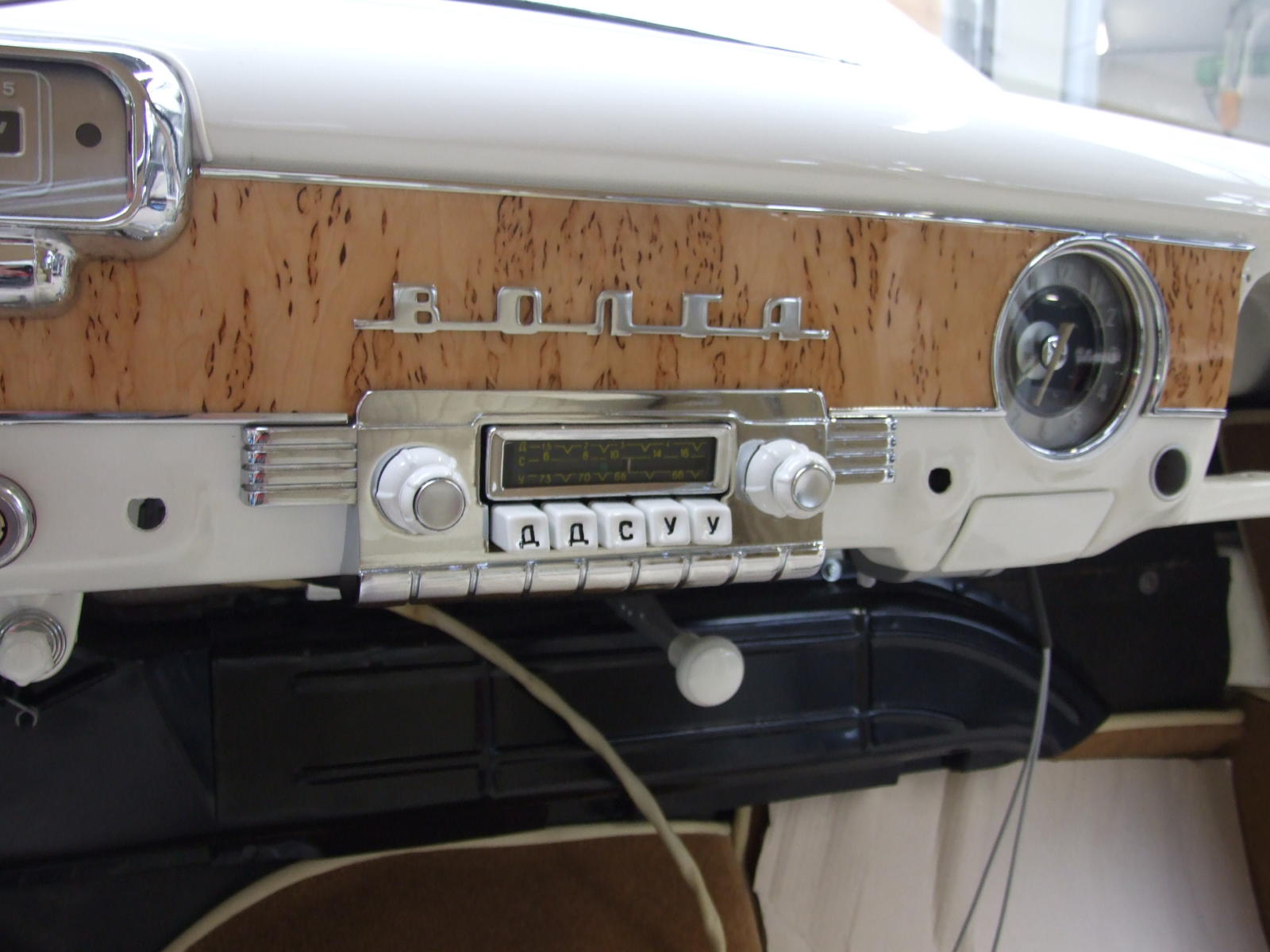 Veneer is thin sawn, sliced or peeled wood, which is attached to a surface and serves as embellishment. The pattern of the timber depends on the type of wood. Thus, because of its fine structure, walnut veneer is widely used in more expensive English automobiles. 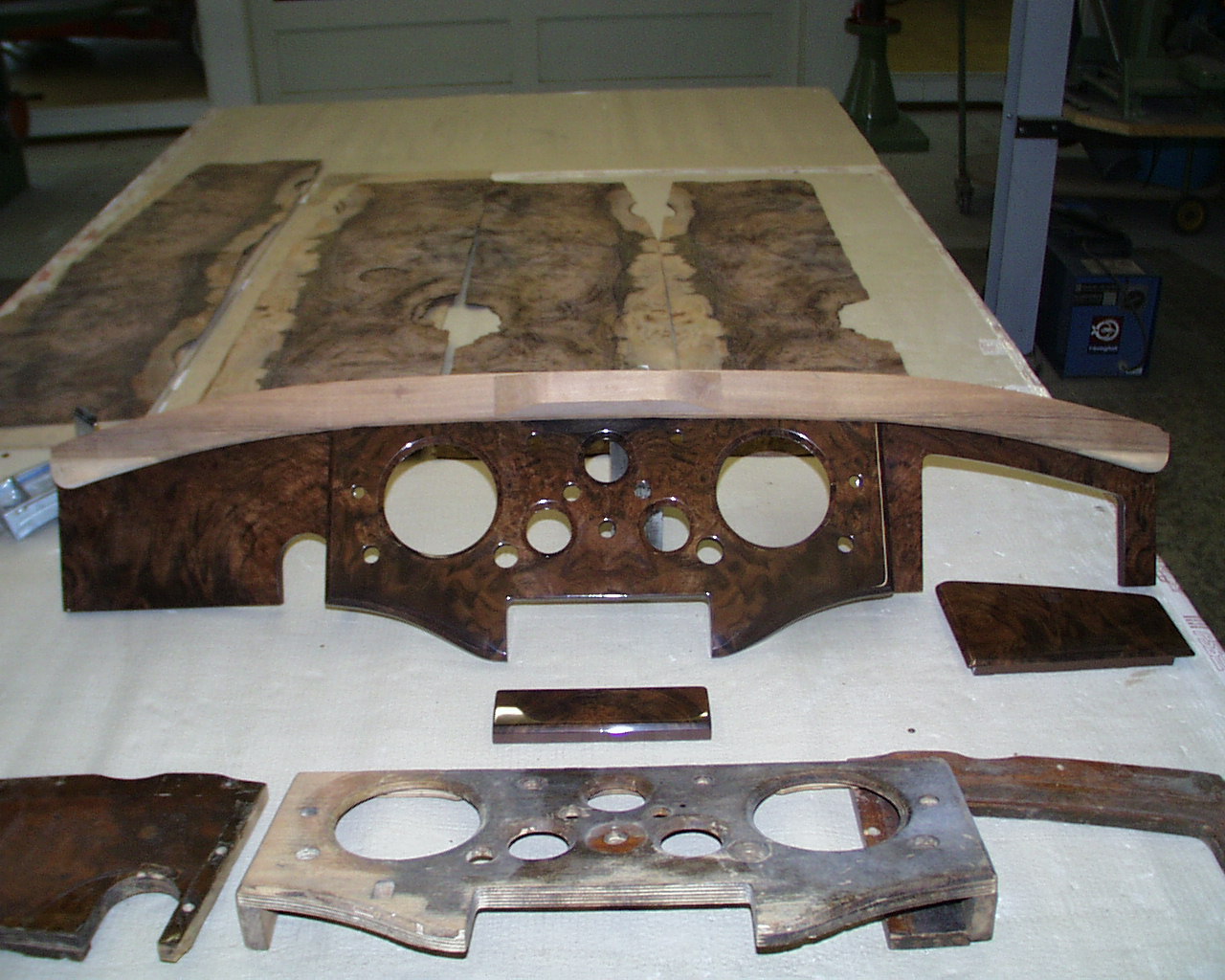 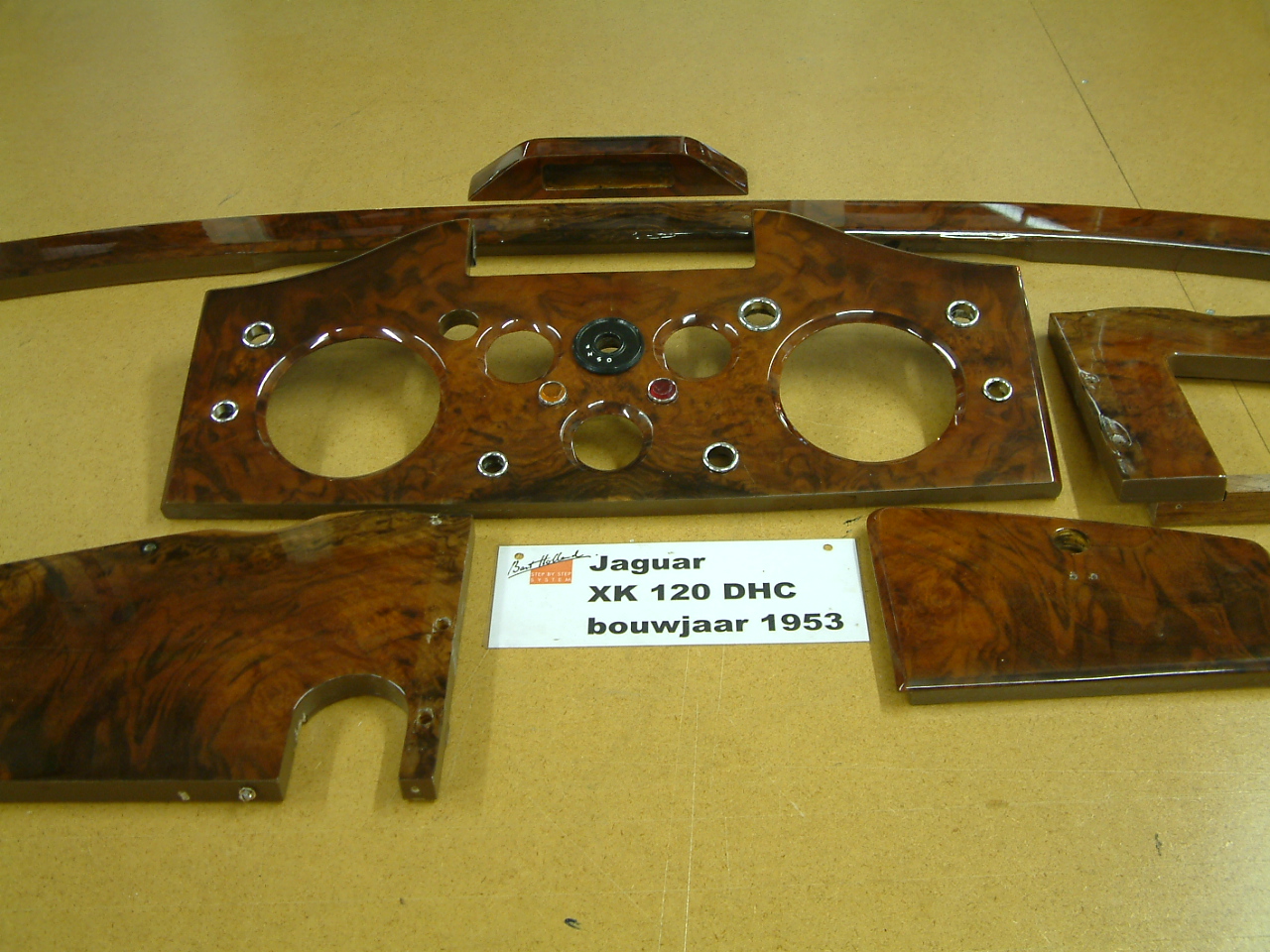 The veneer is supplied in sheets of less than 1 mm, which in terms of the pattern can work like a double-page spread in a book – one side mirroring the other – and therefore often used together. So, if one begins in the middle of a dashboard, the left- and right-hand pieces of veneer will mirror each other. If the car door rails are of veneer, the pattern design can also run through both left and right sides, but always a little different because it is the next millimeter veneer, but from the same tree. It is a beautiful sight. Nowadays car manufacturers use photographic veneer, inexpensive and easy, but without the remarkable atmosphere of the real veneer. American cars often had a painting of veneer with somewhat whimsical patterns in the paint.

During a total restoration of a special Volga the Russian customer requested birch veneer for the dashboard and four doors. Sourcing the birch wood was a challenge. The birch tree in Western Europe is fast growing and with oblong wood grain, but the Siberian birch grows slowly through the bitter cold and has much more detailed root and trunk structure. It was difficult to get this special twisted birch veneer from Siberia, but by chance a specialized timber processing company around the corner from Bart Holland, found a few square meters of old stock lying in a corner. 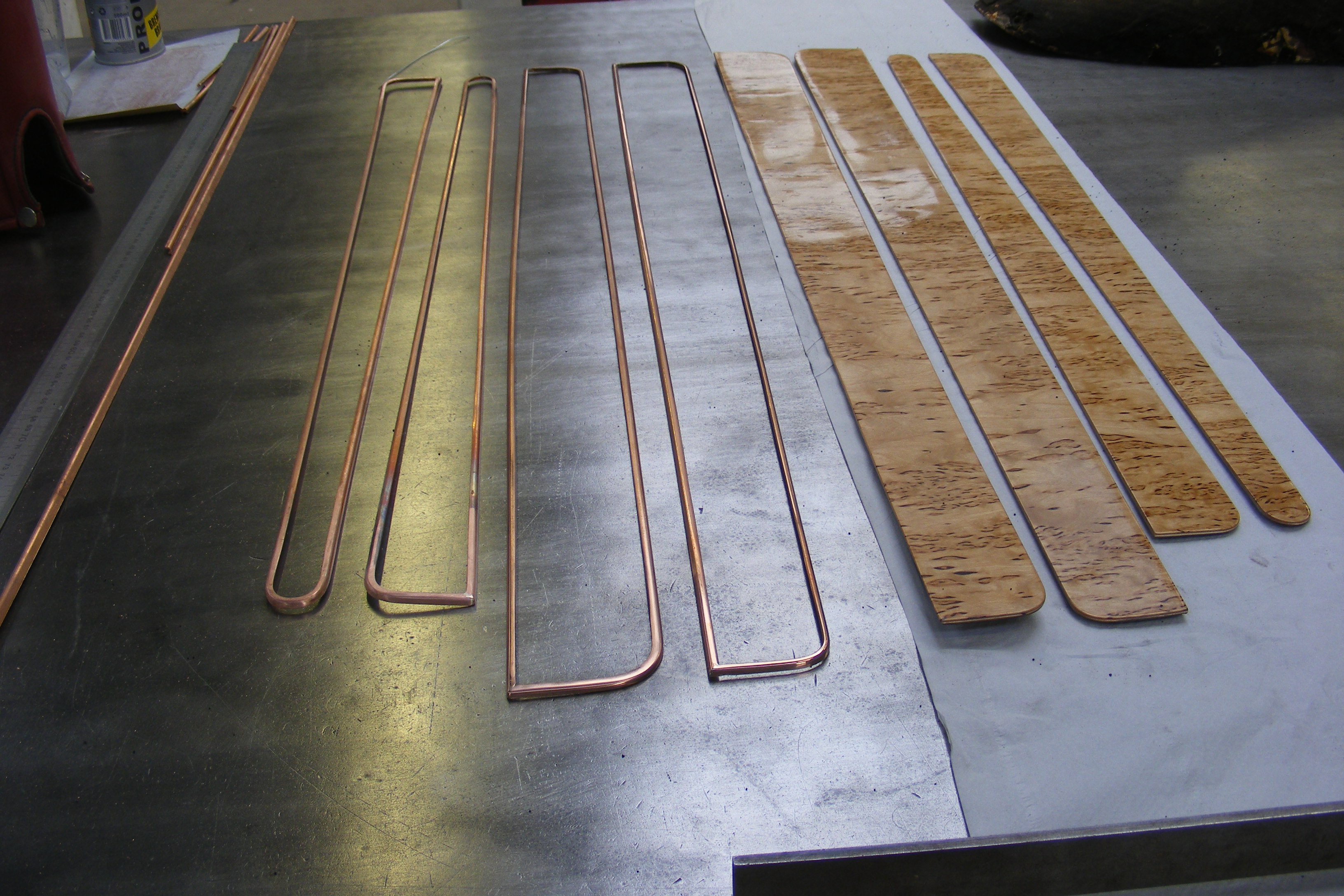 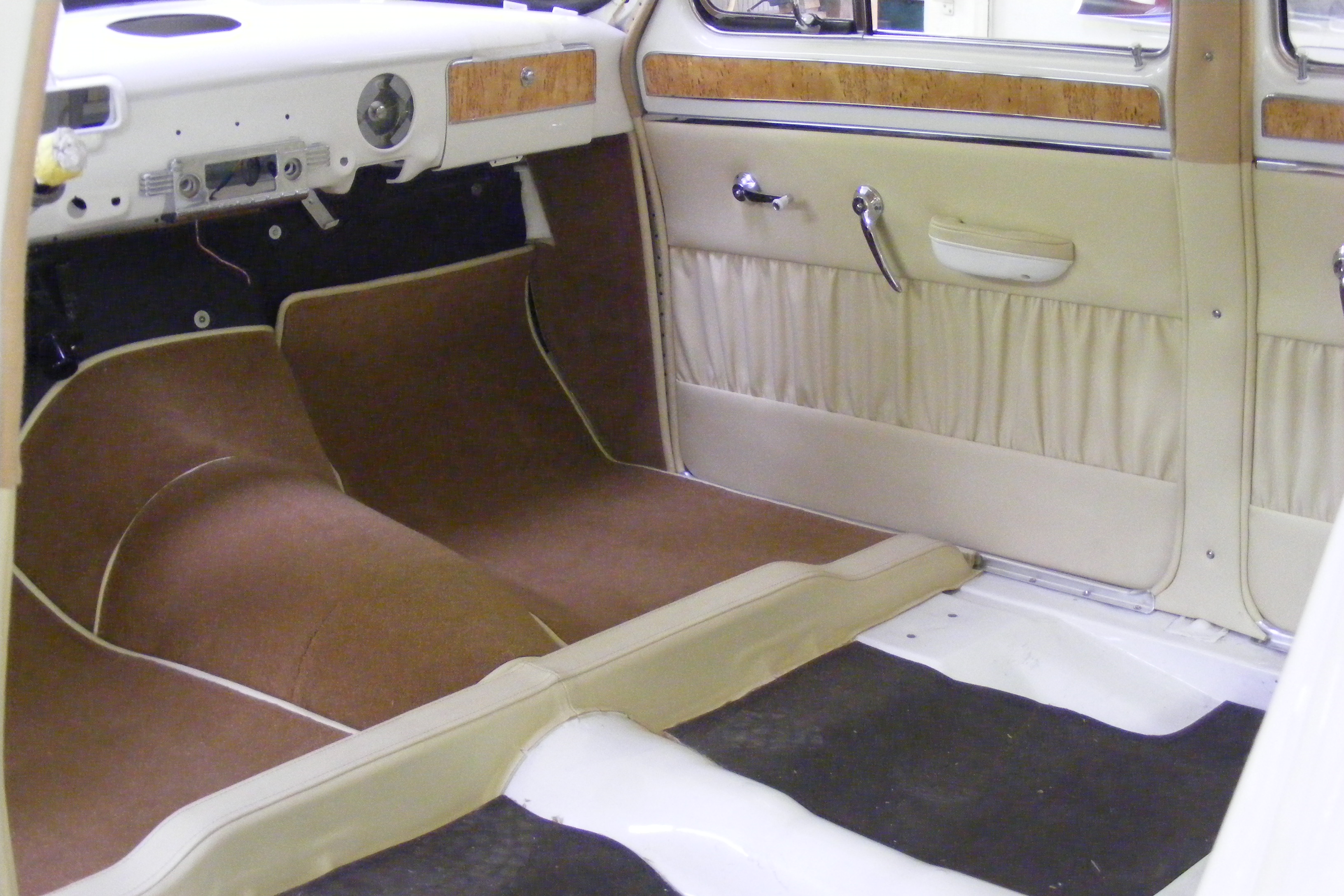 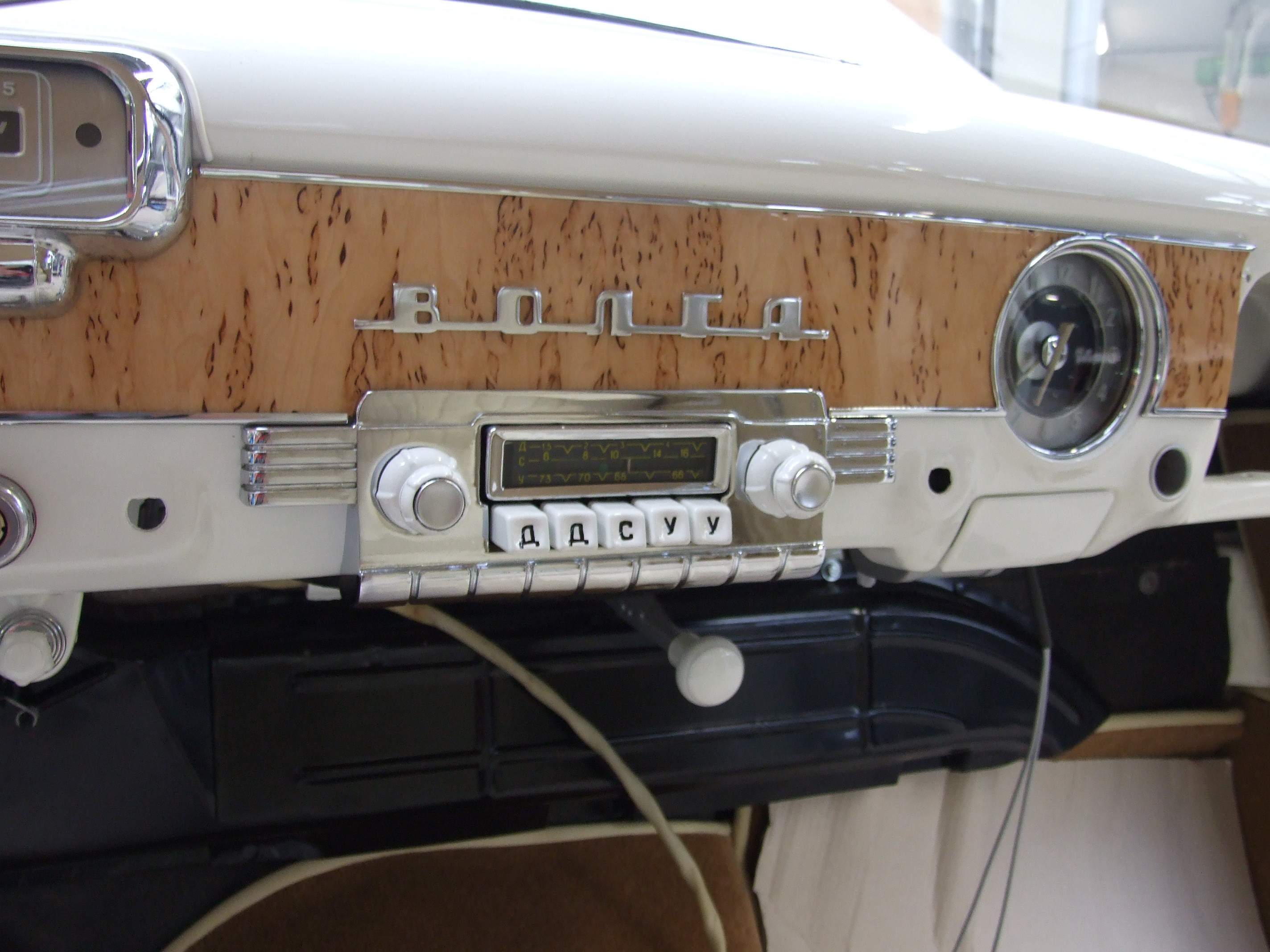